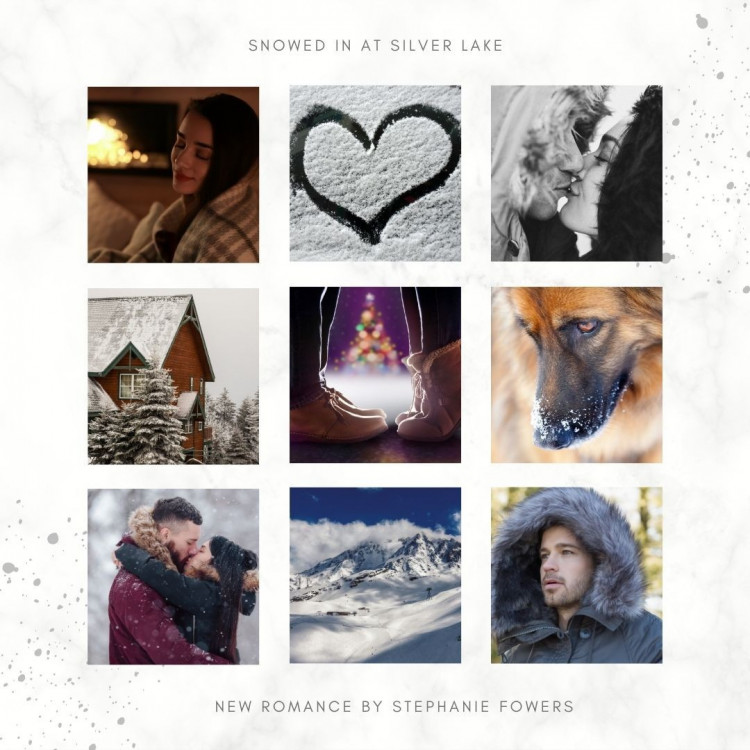 MY BOOK, “Snowed in at Silver Lake” IS OUT! Soooo excited.
To celebrate, here’s an excerpt:

Gracie was freezing. Barron threw more blankets on her to warm her up. His hands ran through her wet hair. “Is that frost?” he asked. “You need to change out of these clothes now.”
She had to remind herself how dangerous he was, no matter how much he tried to protect her. She scowled and knocked his hand away. “Give me room to breathe.”
He sat back on his heels with a sigh. “I want a promise from you that you won’t run back outside and get yourself killed.”
There was no way she’d agree to stay here in this cabin alone with him. She sighed, and it turned into a shudder as the cold found its way into every part of her body. She was soaked through. Why wasn’t she taking him up on his offer to let her change? She’d just been so mad. Now he put his arms around her and she surrendered to his warmth, feeling the steady beat of his heart against her chest. Just like before, the guy was a human heater, and he was quickly making her forget about being angry at him. His fingers trailed down her back in a comforting way. Some of her fear of him started to dissolve. If it hadn’t been for him rescuing her, she’d be at the bottom of the lake. Gracie wasn’t exactly cut out for wilderness survival. She could try to run again, but after what had happened, she wasn’t sure if she wouldn’t get killed out there. The snow pelted against the windows, heavier than it had last night.
She closed her eyes, feeling so tired. “You’re right, okay?” she whispered. “I can’t possibly go anywhere now.” They were horribly snowed in. She wanted to cry at the admission. This moment wouldn’t have been so hard to accept had he just stayed her knight in shining armor. She never would’ve minded being snowed in with that guy, but a fugitive on the run with a scary snake tattoo? She tried to think of a way to make this work without going crazy. “Barron.” She lifted her head to look up at him. “If you just don’t want me to die, then I won’t die. Happy? What more do you want? I can’t get out to tell anyone you’re here, so—”
He grabbed the end of the blanket she’d wrapped around herself and pulled her closer so that they were face to face. Her breath hitched. “I’ll let you wander around freely here,” he said, “but only if you stay out of my way.”
That was unexpected. He was in her way, but she wasn’t about to say that. And she was cold… and hungry. Her stomach growled. His forehead creased with concern. “I’ll make you more eggs. Now get out of those wet clothes. Take the master bedroom while you’re here. Are we good?”
“No,” she whispered. It was more than she’d hoped for, but she just wanted something to warm her up. “I want hot chocolate, too.”
“Hot chocolate?” His lips curved up. Did she see a glitter of admiration in his gaze? “Gracie, we can get you hot chocolate. Everything here is yours.” Still holding onto her blanket, he rubbed his thumbs over her arms, his eyes on her almost protective. For a moment, it felt like coming home. And what am I thinking? She scrambled to her feet, realizing that she was too used to his touch now. If she didn’t watch herself, she’d find herself falling in love with a devil. That was never going to happen. It was just that he made it so easy to forget who he was. She’d do everything to guard her traitorous heart.