My book is coming out December 7th! And I’m REALLY excited for this one! 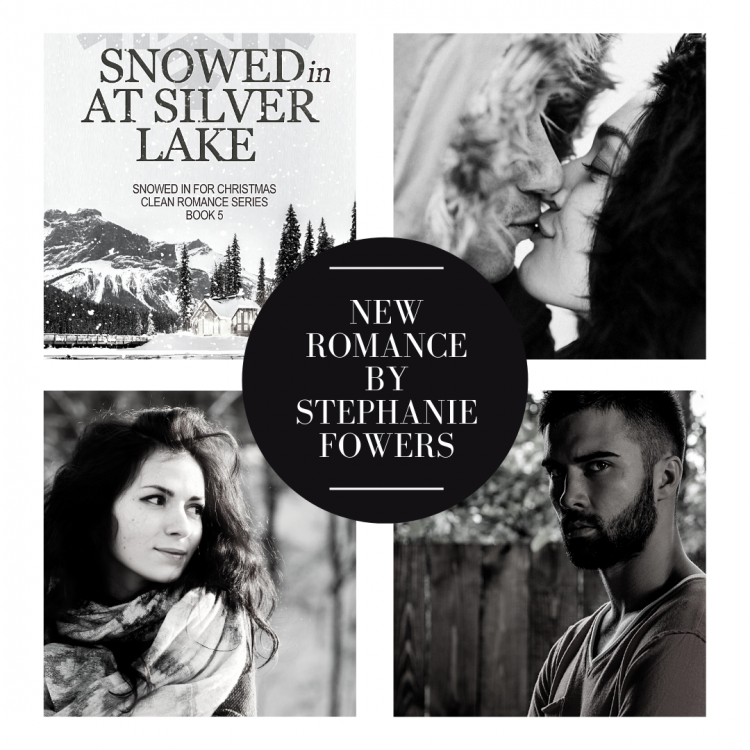 To get you in the mood for some Christmas Snowed In action, I’m thrilled to share an excerpt of my book with you!
EXCERPT:

Trees surrounded her on both sides, and the storm was so thick that she had no idea what was on either side. She traveled this way for about an hour, and was sure that she’d only gone a few miles by how slow she was going. Finally, she inched to a stop… in the middle of the road. She couldn’t do that, right? Not in the darkness where no one would notice her until it was too late. Besides the thick overhanging trees, she couldn’t see what was past those either. What if she was on another cliff?

She gritted her teeth, praying: God, I don’t know how bad this is, but I know you can see the bigger picture and you know what’s ahead. Please be with me right now. Gracie took a deep breath and tried to get her bearings again. If there was someone on this road—anyone—she could find some help. Crawling forward again in her Honda Accord, five minutes passed before she spied a light through the white crocheted branches of icy trees. Relief made her knees weak. Oh, happy day! A light! That meant civilization, maybe a ranger station, someone who could help her. She just hoped she could figure out how to reach the place. The ground was so thick with snow that she couldn’t tell where the roads were anymore.

Gracie kept going, straining her eyes for anything that might mark the turnoff. She spied a wooden post, so completely covered in snow that she almost missed it. Hoping she wasn’t making another bad decision, she inched her car through the trees. The woods were thicker here, so that there were actually spots in the road that weren’t covered in snow.  Her car was so woefully ill-equipped for off-roading that this would be almost laughable in normal circumstances, but if she could only reach that light, she’d be safe. The thought of warmth, hot chocolate, and a blissfully long hot shower kept her going.

Her mind filled with doubts the longer she traveled with no sign of civilization, especially as the trees grew even thicker so that it felt like she was driving in the wilderness, and no longer a road. What if she wasn’t headed for a ranger’s station, but to a beacon meant to warn off air traffic from the mountain?

The light flickered through the trees again. Her breath caught in her throat. Her destination was so close. She could walk if she needed to. She navigated a sharp bend and her wheel slipped. She felt it catch air and her whole car shifted to the side, sliding sideways off the road and through the trees, snapping branches until the trunk of her car crunched into a heavy fir tree and spun her around. Her mouth opened and a scream ripped from her throat as she plummeted even further down the ravine, straight for a black hole. What was that? She knew the moment her car crashed into it. Her seatbelt tightened the same time her bag deployed, whipping her back. Water splashed up around her windows. She’d landed in a lake. Oh, God, save me!

Gracie struggled with her seatbelt, realizing she still held onto her phone. Would it work out here away from the trees? The water seeped past her window as her Honda sank. How deep was she going? She’d never get her door open. Her hand went to the window switch, but the window only went down a crack, not enough to get her through.

The car wheels groaned against the bottom, which meant she wasn’t completely submerged—at least that—until her car rolled back. Her stomach went with it. The rocky bottom wasn’t stable at all. Stinging cold water flowed through the window’s crack, pouring onto her legs. She cried out in pain. The light from the cabin at the edge of the water shot a crooked light through the storm over the roiling lake.

“Help!” she screamed. Whoever was inside would never hear her! She pushed against her horn and it only made a dull moan through the water. She worked to get her seatbelt off again. It was stuck. Somehow the crash had jammed her seat against the door. That was probably why the window wouldn’t go all the way down. The other windows might work, but she had to get this seatbelt off first or she’d just let in more water and drown. If she had a knife or anything—she only had her father’s satellite phone.

It glowed through the watery darkness, told her there was no service. Still, she tried to make a call. She prayed for a miracle in her desperation. “Dad! May Day! May Day,” she cried out in her desperation, but her call hadn’t gone through. She never thought she’d die this way. “Help me. Someone help!”

Her window crashed open. At first she thought it was pressure from the water until she saw an arm reach through and jerk at her seatbelt. The belt wouldn’t budge. The face came next through the churning water, followed by another arm as the frigid water rushed around a man and into her car like a waterfall. “Get the belt off!” the man shouted.

“I can’t…!” Icy water slid past her mouth and she choked on it, not able to escape. She felt a hand tug harder on the seatbelt, so hard that it must’ve ripped the buckle from whatever had jammed it, and she was free, but not from the water. She couldn’t breathe as it slammed into her. Hands hooked under her arms and jerked her from her seat. She fought through the window and was out as the car slid further away. She clasped onto the man who held her. The waves swept over them. She didn’t know where was up or down or how to get out. Gasping for air and choking on more water, she put all her trust in this man. He tugged her through the water until their heads emerged from the freezing surface. She desperately inhaled the arctic air.

The snow rushed down on them. Her body wouldn’t stop shaking, whether from fear or cold or both. “This way!” the man shouted for them to swim. She saw a pier to the side in the blizzard. Grunting, he pushed her up and over the edge. Her body landed hard against the slippery wood. The cold had knocked all her breath from her so that she felt as weak as a kitten. The man shimmied out of the water beside her and gathered her to him in the darkness. He was warm and muscular. She’d felt the power of his body earlier, but now that she was out of the water, she saw how tall he was. She never thought she’d be so grateful to find a Neanderthal like him out in the middle of the wilderness.

He hauled her to her feet, half carrying, half dragging her to the safety of the cabin. She kept her eyes on the lights, hoping it wasn’t some mirage in the distance and that she wasn’t already dead. This man had come like an angel from nowhere. If he wasn’t ushering her to the golden gates, she owed him her life! She might’ve babbled something like that to him, but all her words got swallowed up in the storm and her shivering. He brought her to the front of the cabin, and using his shoulder, pushed the heavy door open, bringing her safely inside.